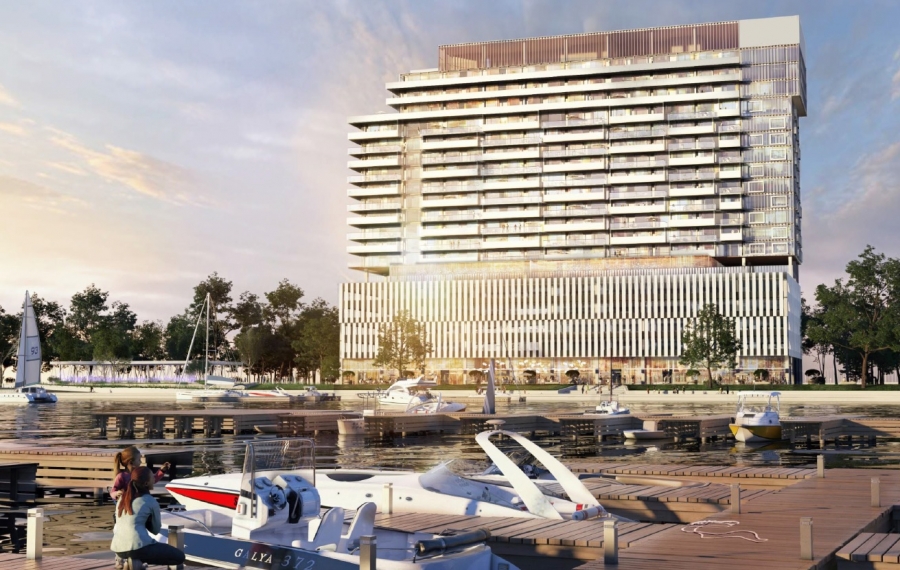 A completed application for the revised Queen City Landing complex for Buffalo's Outer Harbor hasn't come before the city Planning Board yet, but opponents of the proposed 20-story project are already firing the first shot across the bow.

Developer Gerald Buchheit wants to construct a glass-walled tower with apartments, restaurants and parking on a 20-acre peninsula at 957-1005 Fuhrmann Blvd., on Lake Erie. A site plan application has been submitted to the city, and is expected to come up for a public hearing as soon as Dec. 16.

But in a letter Monday to Buffalo Planning Director Nadine Marrero, Buffalo environmental attorney Arthur Giacalone warned that the city should carefully consider what approvals will be necessary for the project, and what rules would govern the process.

That's significant because Giacalone – who represents four Buffalo residents who object to the proposal on environmental, aesthetic and procedural grounds – previously sued Buchheit and the city to overturn earlier decisions.

Giacalone says Buchheit has to start from scratch with a new municipal review – this time, under the city's new Green Code – because the earlier approval from January 2017 under the old code was no longer valid after more than a year. Also, he said, the new zoning for the property doesn't allow for a "tower" as one of the four building options, and caps new building height at six stories. So variances from the Zoning Board of Appeals will also be necessary.

Jonathan D. Epstein– Jonathan Epstein is a business reporter at The Buffalo News, where he covers commercial and residential real estate and development. He has worked at The News since 2004.
There are no comments - be the first to comment