Overhead industrial cranes date from when Niagara Machine and Tool Works operated there. Control boxes along a conference room wall serve as reminders of the building's factory past. A brightly lit high-bay area is filled with modern equipment, designed to help manufacturers become more efficient and successful.

Buffalo Manufacturing Works' new home is a component of the manufacturing hub that has revitalized the Northland complex, along an East Side corridor where factories once thrived.

"This was once a bustling center of manufacturing innovation," said Michael Ulbrich, Buffalo Manufacturing Works' president. "We're trying to bring that back."

Buffalo Manufacturing Works, launched as part of Gov. Andrew Cuomo's Buffalo Billion program, is a resource center for manufacturers who want to innovate and improve their processes. The center has 32 employees and is operated by EWI, an Ohio-based nonprofit.

Buffalo Manufacturing Works recently relocated to the Northland complex from the Buffalo Niagara Medical Campus, which was always meant as a temporary home.

Its new neighbors include the Northland Workforce Training Center, Insyte Consulting and the Buffalo Niagara Manufacturing Alliance, fulfilling a vision of bringing together manufacturing-minded organizations. 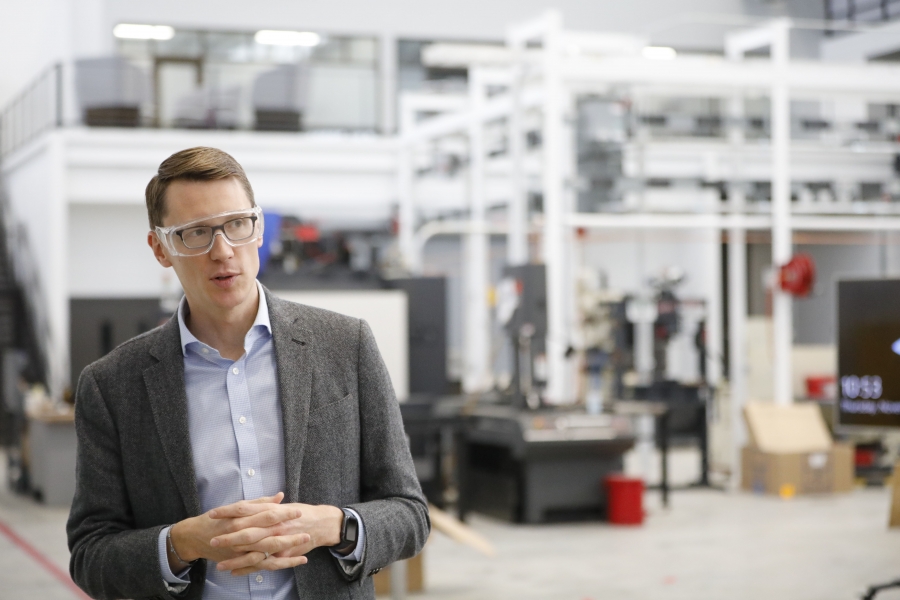 Since debuting in 2015, Buffalo Manufacturing Works has worked on 330 applied research projects with 135 companies, Ulbrich said. In the past couple of years, the center has expanded its reach, working with more than 180 small and medium manufacturers through a program called Shift, which helps businesses identify technology and processes that could improve their operations.

Buffalo Manufacturing Works' new setting, which is twice as large as its original home, has an atmosphere designed to capture manufacturers' imagination, Ulbrich said. Visitors attending meetings and workshops on the mezzanine have a bird's-eye view of the high-bay area, where robots and other machines are stationed.

"The idea is, they can be learning about these things while they can look down and see it actually happening and being implemented," Ulbrich said. "That kind of intangible is really important when we're trying to inspire innovation here."

Henry Cialone, president and CEO of EWI, pointed out the symmetry of the pipes and conduits running along the interior walls. "What that tells me everybody who was in here took a lot of pride in what they were doing," he said. "It's not just a space. It's not just a lab. It's something more." 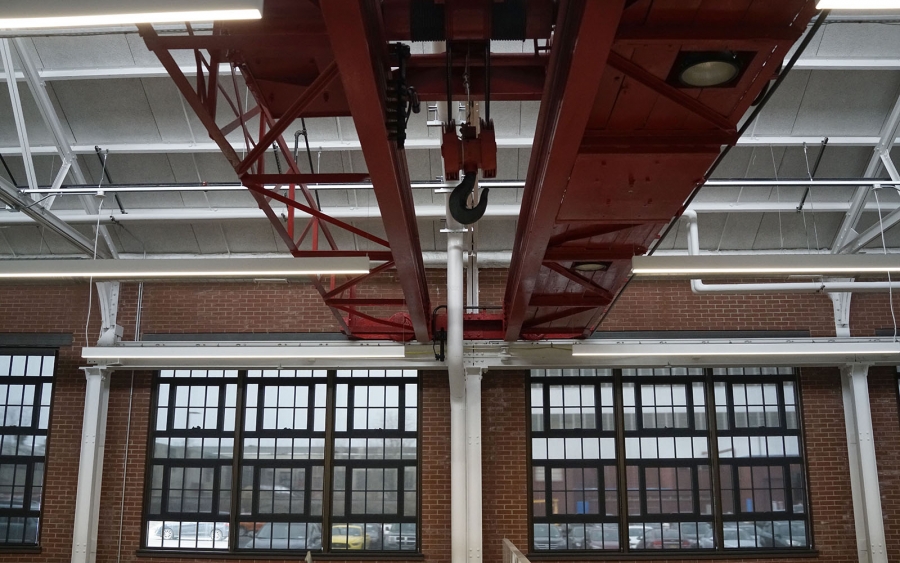 An industrial crane remaining from the building's former life is incorporated into new office space at the new Buffalo Manufacturing Works space in the Northland complex. (Derek Gee/Buffalo News)

A company had developed an orthopedic implant, using porous material that a bone was meant to grow around. The material would disintegrate over time. But the company needed to determine if the material could be printed.?Buffalo Manufacturing Works helped the company come up with a solution, using the center's technology tools.

"Now they're doing testing and they're expecting that to be approved, and then they will have a product in the market," Ulbrich said. 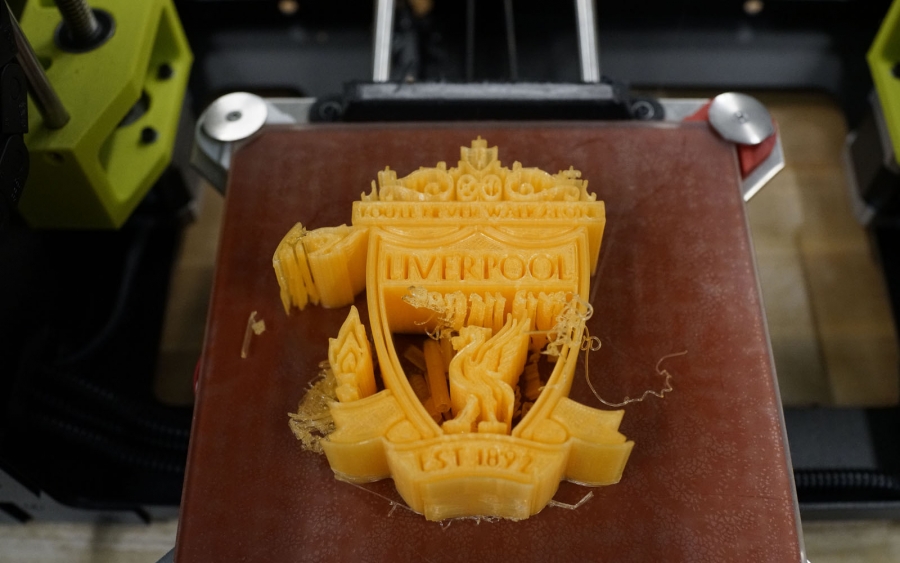 A soccer logo 3-D printed by a high school student in the training lab at the new Buffalo Manufacturing Works space in the Northland complex. (Derek Gee/Buffalo News)

Ulbrich is leaving his job at the end of the year, but he feels upbeat about Buffalo Manufacturing Works' prospects at its new home.

"We don't feel like 'mission accomplished' as in done," he said. "We feel like we're achieving the vision, but we've got to keep working. Like any mission-oriented company, there's still more work to be done."

Matt Glynn– Matt Glynn has been a business reporter with The Buffalo News since 2000. He is a native of Youngstown and lives in Buffalo.
There are no comments - be the first to comment