It’s a rare thing to feel both healthy and spoiled.

After my first few bites at West Rose, the new restaurant at 23 Washington St., Ellicottville, I was torn.

Hummus, the chickpea dip made from beans, sesame paste, lemon and garlic, has a protein-packed nutritional profile that's made it a favorite of the vegetarian set since hippie days.

As the base layer of West Rose's hummus plate ($12), though, the humble legume mash was augmented with pickled beets and sophisticated accents. They included chermoula, a rousing fresh spice paste that's a North African cousin of chimichurri, spiked with preserved lemon.

Peak luxury came with the bread – laffa, like a thick pita, stretched and baked to order. 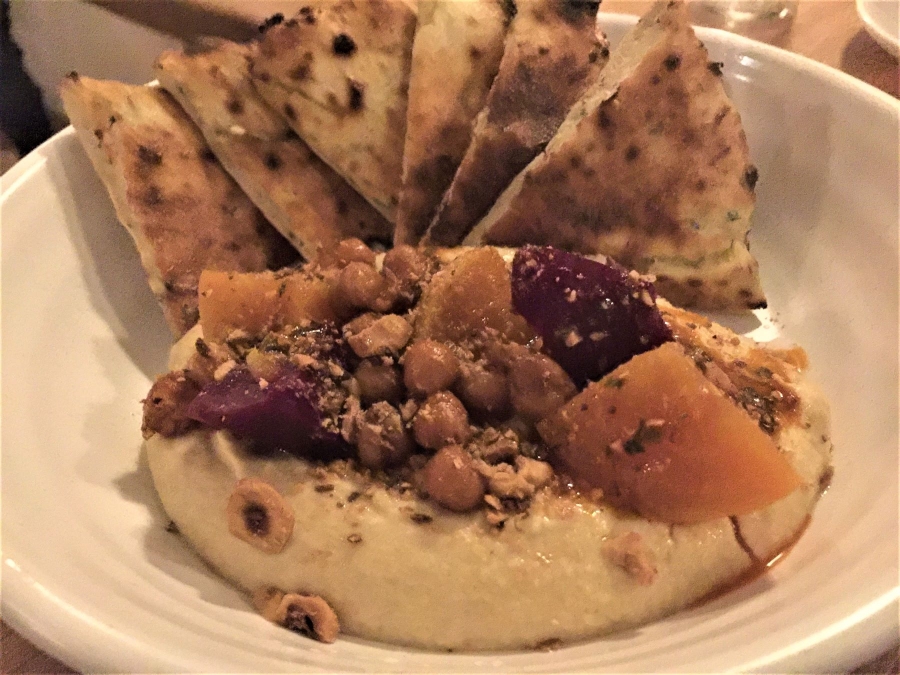 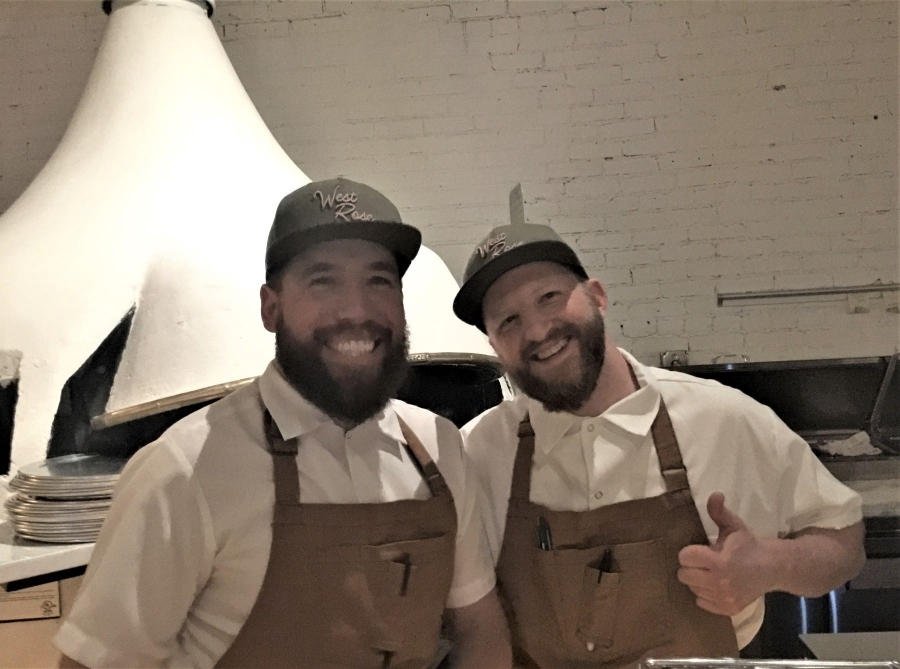 This vegan gem can also be enjoyed at Grange Community Kitchen, the first restaurant from Brad Rowell and Caryn Dujanovich-Rowell. In their Ellicottville spot, longtime Grange sous chef Anthony Petrilli will be a chef-owner, assisted by Dustin Murphy, former Tabree chef, returned from a Portland sojourn.

The restaurant opened for business today.

Another ostensibly simple starter was housemade foccacia ($9) with whipped ricotta and Calabrian chile, Rowell's favorite pepper. Cut in fat slices, the warm, crusty bread found companionship with cheese seasoned with Maldon salt flakes, fennel dust, and as much crimson chile as the diner wanted to add to each bite.

Or put another way, bread and cheese. Making the simple sing, a goal of the Grange menu, is in evidence here as well. Vegetables ($8 to $13) include delicata squash, cauliflower, potatoes and mushrooms.

But oh, what mushrooms ($13). From Buffalo mushroom farm Flat 12, they were roasted and draped over cheddar polenta, with winter greens drizzled with chile garlic oil.? Kale got the Caesar treatment ($9), in a sunny lemon-and-anchovy dressing, and violently crunchy sourdough croutons. 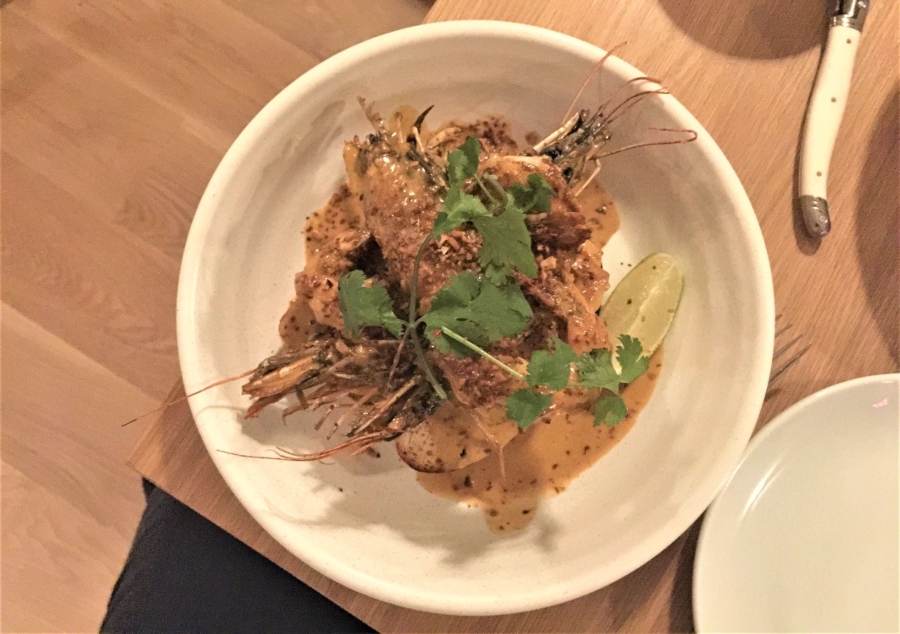 Decadence crept in with the head-on shrimp toast ($14), with whole crustaceans cooked so their flavor emerged to give Calabrian chile butter deep-sea character.?The shrimp were flecked with crispy garlic and ginger, as the gravy soaked into a thick slice of toasted brioche.

Neapolitan-style pizza is a strength at Grange. The ones I had at West Rose were even better, floppy slices with rims like crackling clouds. Spicy 1.0 ($18) offered garlic cream, spicy fennel sausage, Calabrian chile, chile honey, garlic, red onion and oregano. The Brussels sprouts pizza ($18) started with pecorino cream and caciocavallo cheese, then finished with pancetta, onion and Calabrian chile. 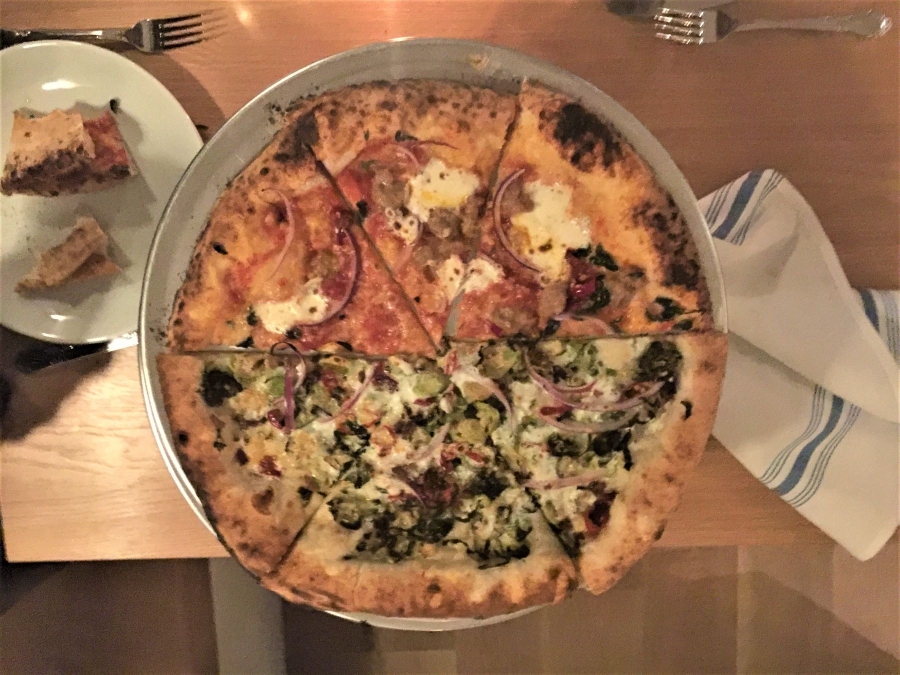 Three scallops ($27) were judiciously seared on one side before topping herbed fregola, which is like jumbo couscous. It was tossed with braised-and-seared leeks and pancetta vinaigrette, over butternut squash purée. 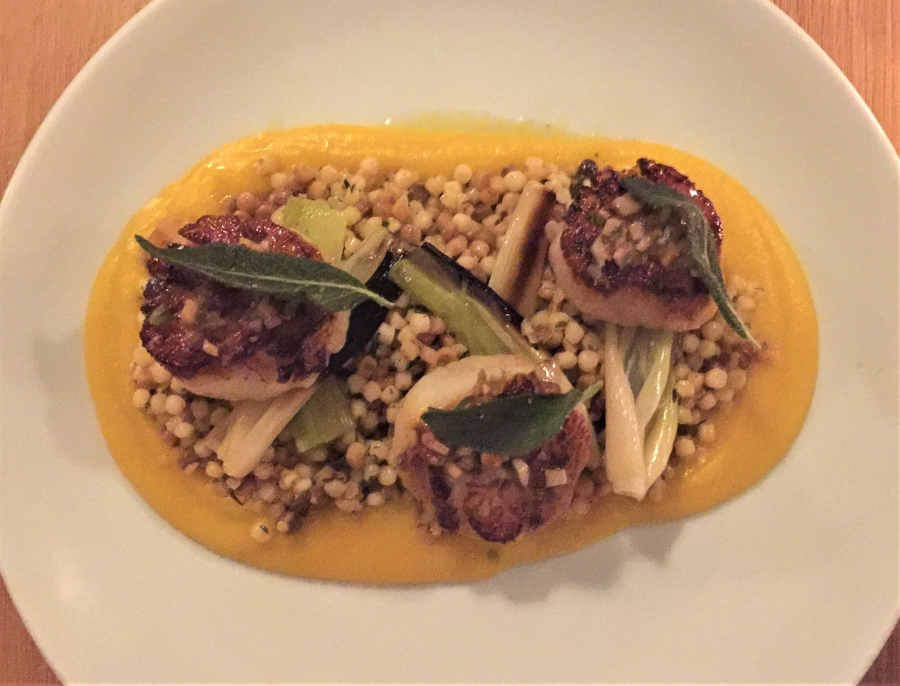 Desserts ($8) included tiramisu, with orange and coffee sauce, and grated chocolate. Pumpkin-oatmeal cookies were used to make a sandwich of caramel ice cream. A pear and quince tart with almond was accented with whipped cream and candied rosemary.

Custom cocktails ($11) include the Pitter Patter, a smoky Canadian-honoring sipper of bourbon, peated scotch, lemon and maple syrup. The Last Word was made of gin, green chartreuse, lime and luxardo cherry liqueur.

Restaurants take a few months to become who they will be, but my first impression is that the people of Ellicottville are fortunate indeed.

Andrew Z. Galarneau– Andrew Galarneau is food editor for The Buffalo News.
There are no comments - be the first to comment